“Traveling on the American Queen is something that some have dreamed about all their life. Our hope is that when you leave our boat, you’ve gotten to see these uniquely American experiences here on the river. Nothing beats sitting on a rocker, allowing the breeze to blow through your hair and watching the sun set.”

There is no more authentic way to explore the Mississippi River than on a steam-driven paddlewheeler like the American Queen. Cruising the Mighty Mississippi takes viewers along for an unforgettable trip aboard the largest paddle-wheeler ever built from Memphis to New Orleans, stopping at many charming and historic southern towns along the way.

The half-hour public television program documents the on-board experience and the many off-boat excursions of the eight-day river journey. Viewers are treated to the magnificent scenery, local culture, food, music and fascinating history that makes this riverboat journey through America’s heartland such a unique adventure.

Even before passengers board the American Queen to begin the cruise, they explore the departure city of Memphis. Music is the heart and soul of Memphis, from Elvis’ Graceland to Beale Street, the home of the blues. “Memphis is a city that you can’t just read about in books,” says Carolyn Michael-Banks, owner of A Tour of Possibilities. “You have to feel it.”

After departing Memphis, follow along as the American Queen stops at a number of Mississippi River towns. One of the most anticipated stops is Vicksburg and a visit to the Vicksburg National Military Park, site of a pivotal battle of the Civil War. The military park has more than 1300 monuments, making it one of the greatest collections of outdoor art in the country. It also has the largest Civil War cemetery in the country, with 17,000 Union soldiers buried there.

Another stop is Natchez, the oldest town on the Mississippi River. Chef, cookbook author, and restaurateur Regina Charboneau welcomes passengers from the American Queen into her home where they learn the secret to her famous butter biscuits and enjoy a home-cooked lunch.

In Baton Rouge, passengers explore the Louisiana state capital and the many highlights of the LSU Rural Life Museum. They also join the Cajun Pride Swamp Tour with veteran bayou captain Thomas Billiott. “We’re going to see alligators all over,” Billiott assures visitors. He captivates passengers with a show-and-tell featuring some of the “creepy things” found in the swamp.

The program celebrates the American Queen, the largest paddlewheeler ever built. “What most guests want,” says chief engineer Tim Daly, “is the authenticity of the paddle wheel, to get that sense of being back in time.” The six-deck boat offers many amenities including a fine dining restaurant, quality nightly entertainment, and plenty of spaces to relax and contemplate the passing river. “Everybody comes for the Mighty Mississippi,” says John Waggoner, founder and CEO of the American Queen Steamboat Company. “And what we want you to do is sit in a rocking chair, watch the river go by and relax.”

Cruising the Mighty Mississippi, produced by WNED-TV, Buffalo/Toronto and Driftwood Productions, Inc., allows viewers to vicariously experience an unforgettable journey on the lower Mississippi aboard the iconic American Queen.

Contact your local public television station to see when the program is scheduled to air in your area. 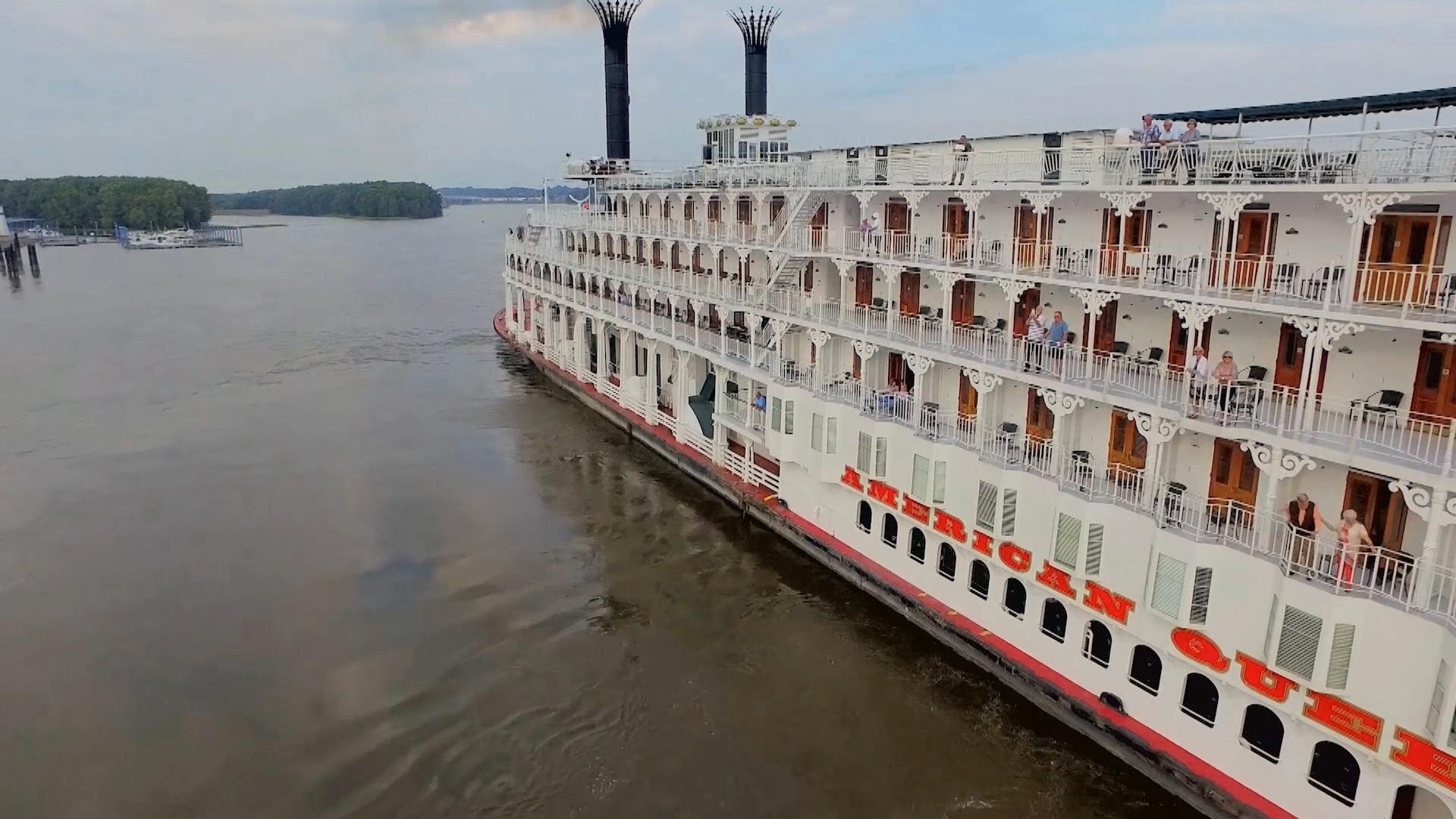 1 / 17
Share This Gallery
There is no more authentic way to explore the Mississippi River than on a steam-driven paddlewheeler like the American Queen. 2 / 17
Share This Gallery
Viewers are treated to the magnificent scenery, local culture, food and fascinating history that makes this riverboat journey through America’s heartland such a unique adventure. 3 / 17
Share This Gallery
“Cruising the Mighty Mississippi” is a program that documents the onboard experience and the many off-boat excursions of the eight-day river journey from Memphis to New Orleans. 4 / 17
Share This Gallery
Passengers and viewers alike are invited to discover America Mark Twain style . . . from the perspective of the river. 5 / 17
Share This Gallery
The six-deck recreation of a classic Mississippi riverboat looks as though she just sailed out of the Victorian era. 6 / 17
Share This Gallery
Throughout the program the American Queen stops at many charming and historic southern towns along the Mississippi River. 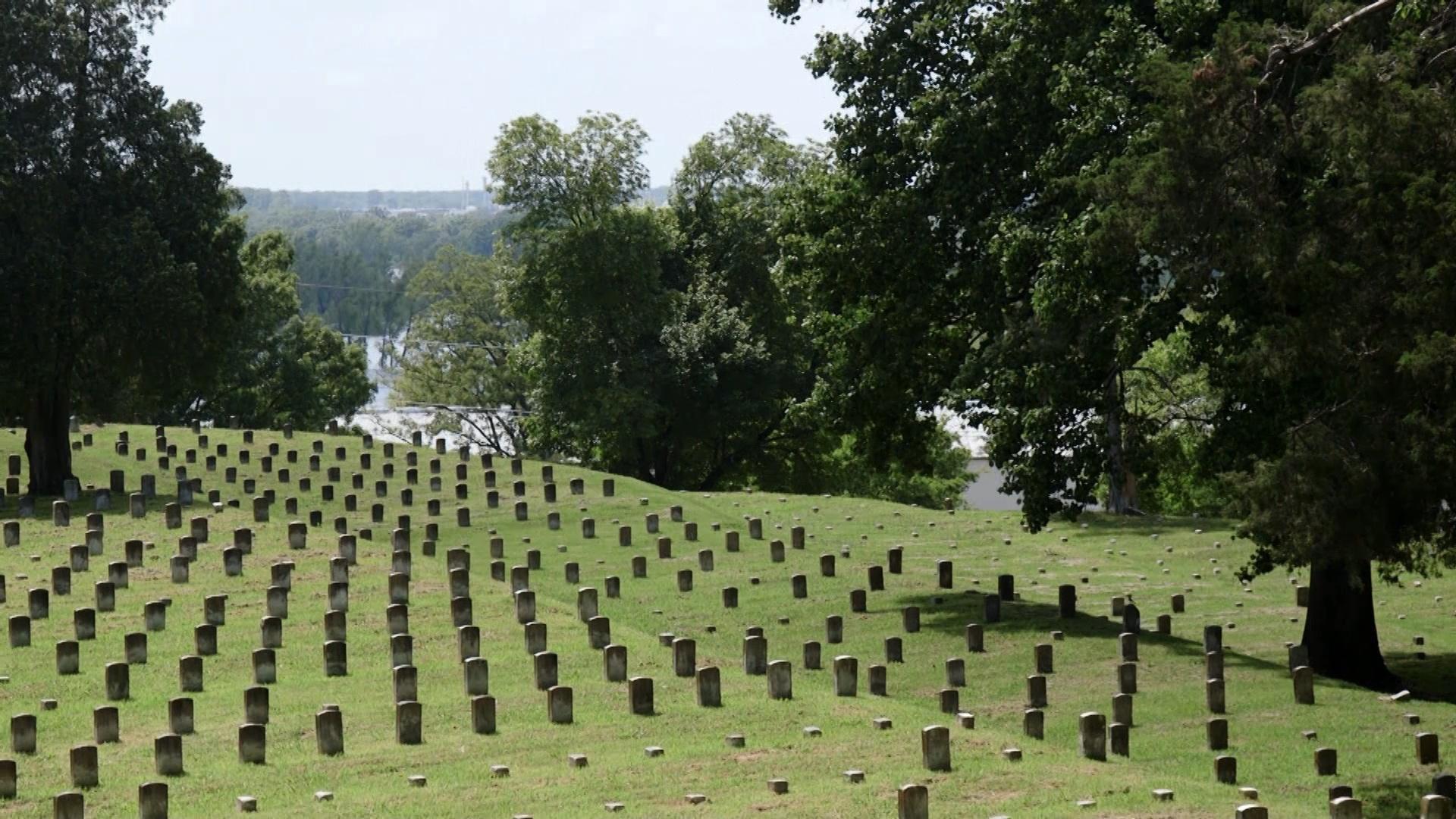 7 / 17
Share This Gallery
Vicksburg National Military Park, site of a pivotal battle of the Civil War. It has the largest Civil War cemetery in the country, with 17,000 Union soldiers buried there. 9 / 17
Share This Gallery
Wander through the past in Baton Rogue at the LSU Rural Life Museum, an outdoor museum that showcases Louisiana life in the 19th century. 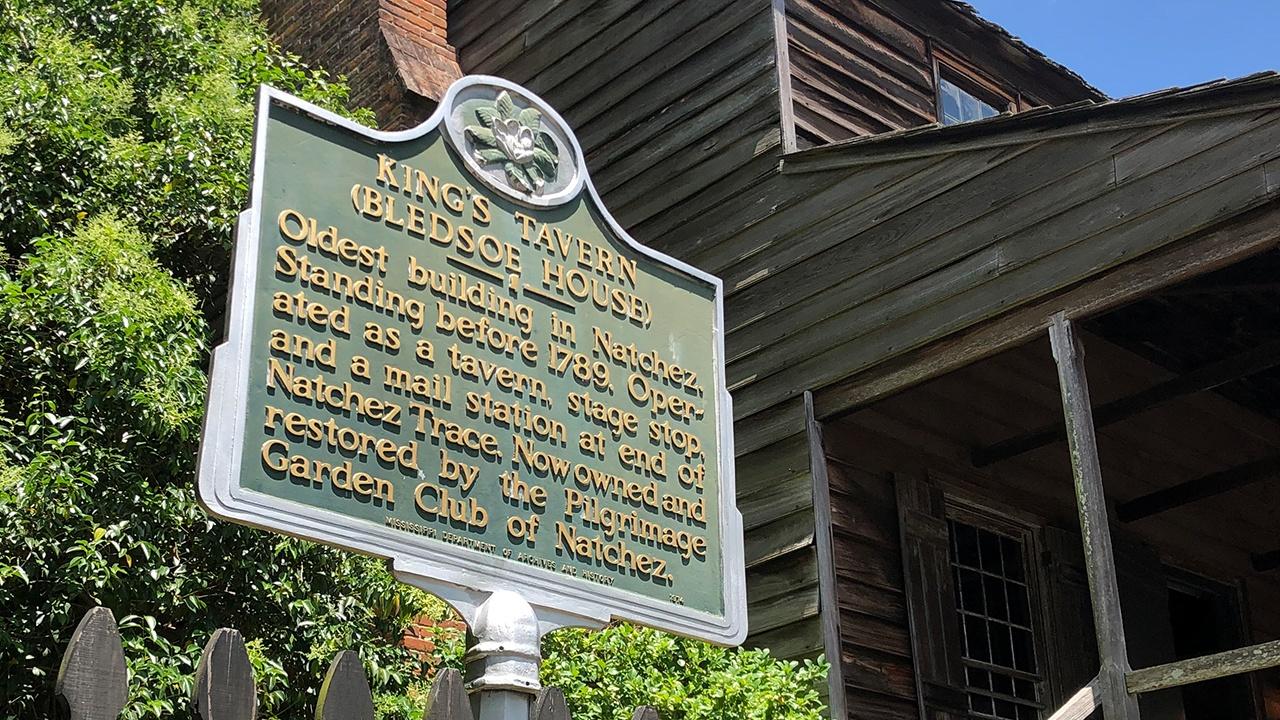 10 / 17
Share This Gallery
Kings Tavern, the oldest building in the Mississippi Territory, is known for Chef Regina Charboneau's inventive menu, hand-crafted cocktails and the ghost that haunts its halls. 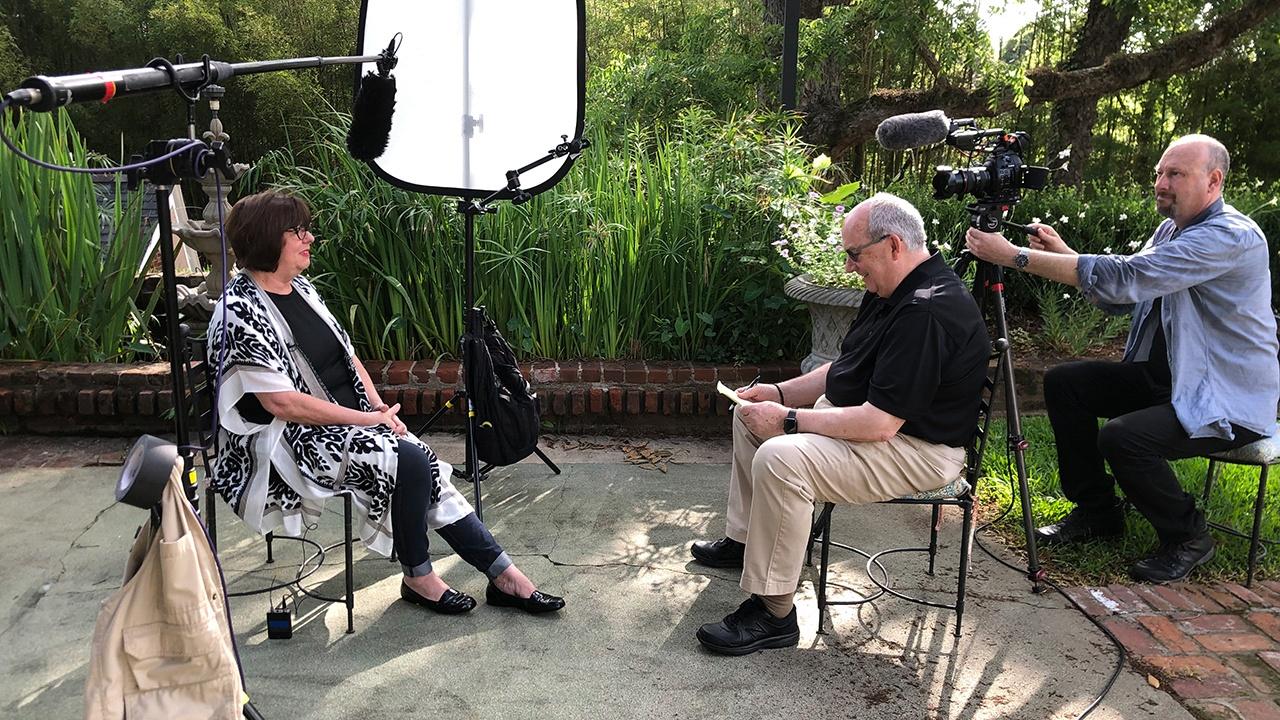 12 / 17
Share This Gallery
The "I Am A Man" plaza in Memphis pays tribute to the members of the pivotal 1968 Sanitation Workers’ Strike and the legacy of Dr. Martin Luther King, Jr. 13 / 17
Share This Gallery
Biedenharn Coca-Cola museum in Vicksburg where Coca-Cola was firsts bottled in 1894. 15 / 17
Share This Gallery
Guests aboard the American Queen enjoy a piano music singalong. 16 / 17
Share This Gallery
St. Grace Church survived the Civil War and has stood for more than 150 years in the historic West Feliciana Parish town of St. Francisville, Louisiana. 17 / 17
Share This Gallery
Cruising the Mighty Mississippi allows viewers to vicariously experience an unforgettable journey on the lower Mississippi aboard the iconic American Queen.